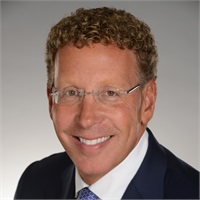 Harris’s storied 30-year career began in 1989, when he launched his financial services practice with MassMutual and quickly established himself as a leader in the industry. He would rise quickly through the ranks of management, being named a Sales Manager (1993), Associate General Agent (1997), Managing Partner (2000) and General Agent (2003). Under his leadership, MassMutual Greater Philadelphia grew from 40 to over 175 financial professionals, expanded its geographical footprint to 20 offices across Pennsylvania, New Jersey and Delaware and serves over 54,000 clients. He currently serves as General Agent Emeritus and continues to be involved in the strategic direction of MMGP.  As the Chairman of Coastal Wealth, Harris is focused on investing in progressive initiatives and strategies to better serve the evolving needs of the firm and its clients.

Harris is a sought-after speaker on topics such as industry trends, leadership, company culture and corporate philanthropy. He is an advocate for providing financial literacy programs to families and champions the access of resources and valuable government benefits for special needs families and their children.

Harris graduated with honors from the University of Delaware with a Bachelor of Science in Finance and attended Darden Business School’s Executive Leadership Program. Harris is a Chartered Life Underwriter and Chartered Financial Consultant. He holds Series 7, 6, 65, 63 and 24 registrations with FINRA, and is a registered principal with MML Investors Services, LLC. He served as President of MassMutual’s General Agent’s Association in 2013.