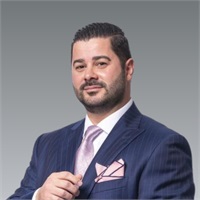 For years, Alejandro has been asked to share his insights and formulas for growing an exceptional holistic practice with leading financial professionals in the industry. Alejandro’s proven track record has led him to become one of the top-ranked registered representatives in the country by his previous firms, LPL Financial and Metlife Premier Client Group. Currently, he has consistently been recognized year after year as one of the top-ranked financial professionals in the country by Massachusetts Mutual Life Insurance Company (MassMutual), qualifying for Blue Chip Council and Society 1851 in 2017, 2018 and 2019. He has also received countless other accolades, including the 2017 Coastal Wealth Managing Director of the Year Award and recognized for his achievement in sales as the 2016, 2017, and 2018 Top Overall Financial Advisor and Financial Planner by Coastal Wealth. Alejandro has been published in various media outlets such as MSN Noticias, El Nuevo Herald, Hispanic Network Magazine, Miami Diario, and Negocios en Florida. He is one of the most celebrated and respected financial professionals and executives in his community — and is a sought-after leader, speaker, and financial planner.

He also recognizes the importance of serving others. Alejandro is a member of the Executive Board of Directors for Boy Scouts of America South Florida Council, a member of the Board of Directors for the Zoo Miami Foundation and was appointed in 2020 as a commissioner for the inaugural Millennial Debt Commission. In 2017, Alejandro was named the Leukemia and Lymphoma Society’s Philanthropist of the Year, 2017 Hispanic Heritage Award by Boy Scouts of America, 2018 MassMutual Gold Community Service Award, 2018 Pacific Life Foundation Recipient, and earned the highest honor awarded by the Commonwealth of Kentucky, commissioned as a Kentucky Colonel.

Alejandro earned the key to Miami-Dade County and the City of Miami, was named a South Florida Business Journal 40 under 40 Honoree, earned the Ron Magill Zoo Goodwill Ambassador distinction and received a certificate of appreciation from the City of Miami honoring and recognizing Mr. Mendieta as a great community leader.